The three most important things about getting a good photograph are lighting, lighting and, you guessed it, lighting. Framing and composition are also important, but whether it’s a portrait, a landscape shot, a product picture, or an aerial shot, the thing that really makes a photograph is the light. 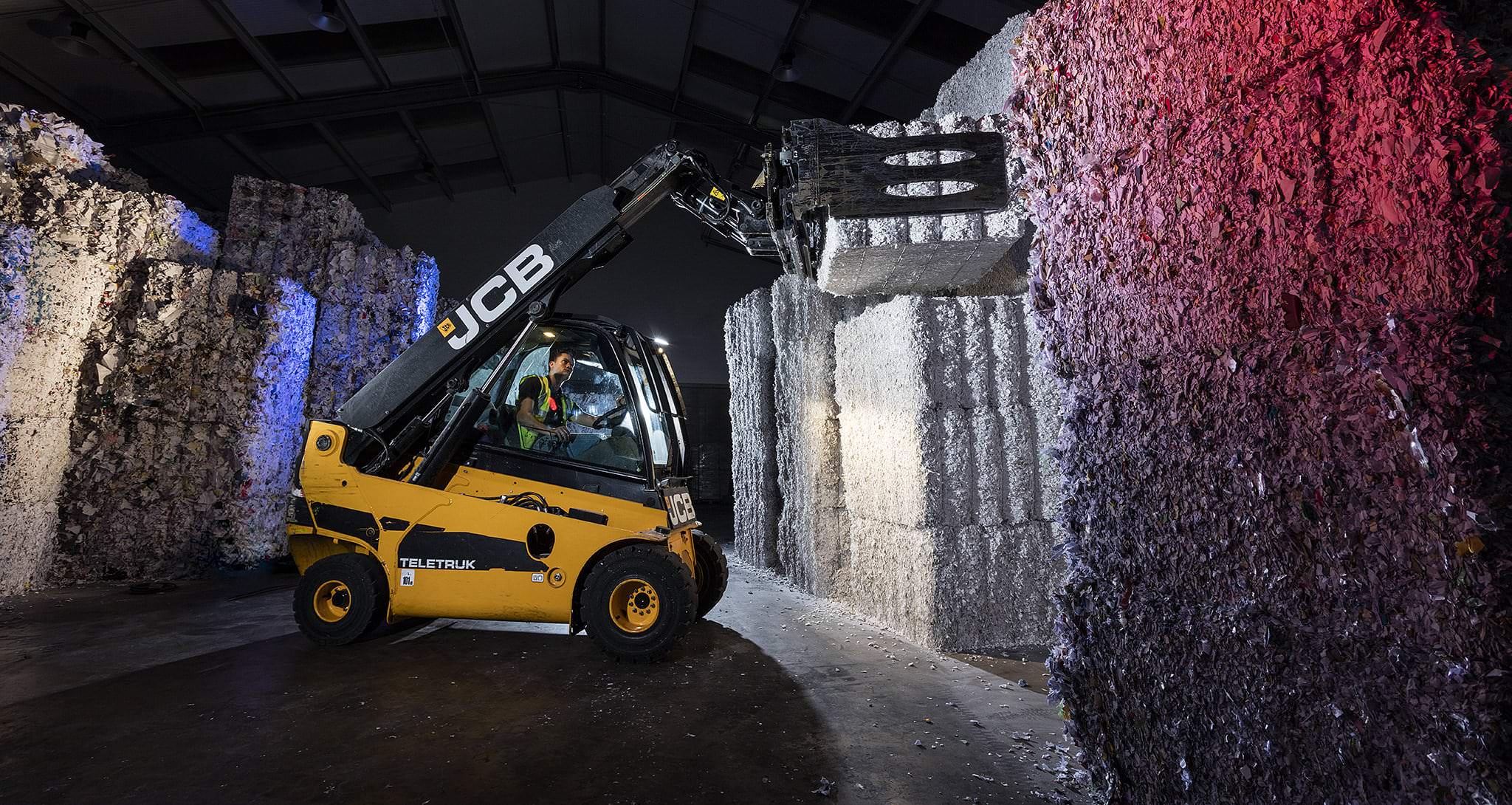 Stand out in a field somewhere and take a shot of a view. Do it again from the same spot every couple of hours starting at 6.00 in the morning and finish at 8.00 in the evening and though you will have the same subject, framing and composition in every picture, each one will look different. Some will be boring and some will really stand out. A nice sunrise and a nice sunset will make all the difference. Do the same thing in each of the seasons and you will have more variety still.

Shooting in the studio, a factory or an office block and the same applies. But in this instance the professional photographer MAKES the light. 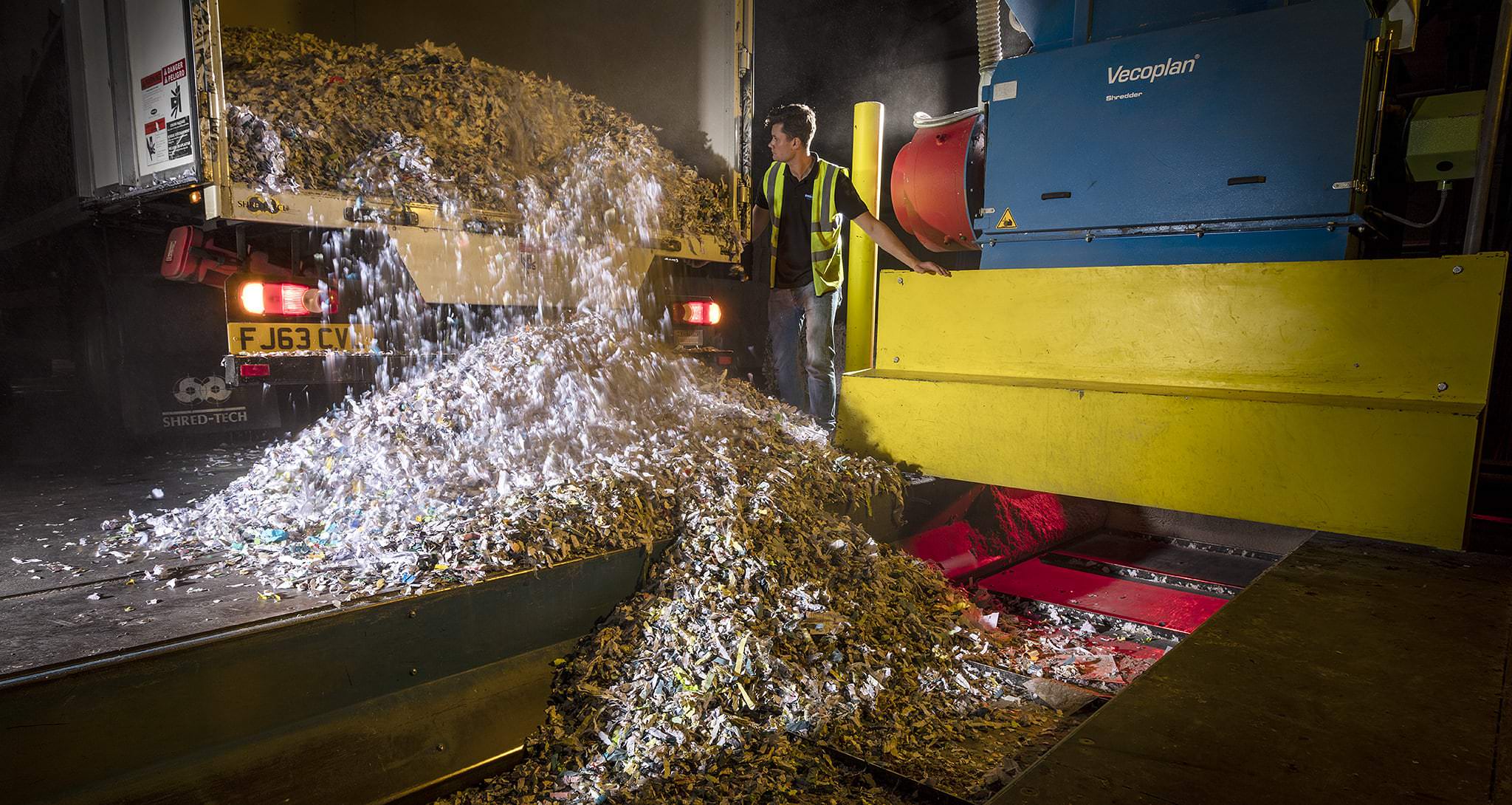 A dull subject can be greatly enhanced with the use of careful and considered lighting and maybe adding some colour; and this was exactly what we did on a recent shoot of an industrial process. The subject was two large shredding and baling machines situated inside a vast industrial unit with a large open space for storage and manoeuvring of lorries and fork-lifts . Due to the nature of the processes involved all the machinery was very grubby and had a thick film of dust and debris, as did everything else. Not an attractive environment, but it needed to look good in photographs for web and marketing use.

In order to achieve this it was necessary to control which areas could be seen and which could be hidden. Due to the amount of daylight flooding into the unit the only way to achieve this was to take the shots at night and specifically light only the relevant areas.

Here’s a ‘before and after’ of the main shot. The professionally lit image is far more dramatic and eye catching and is of much greater value than the snap taken with available light. 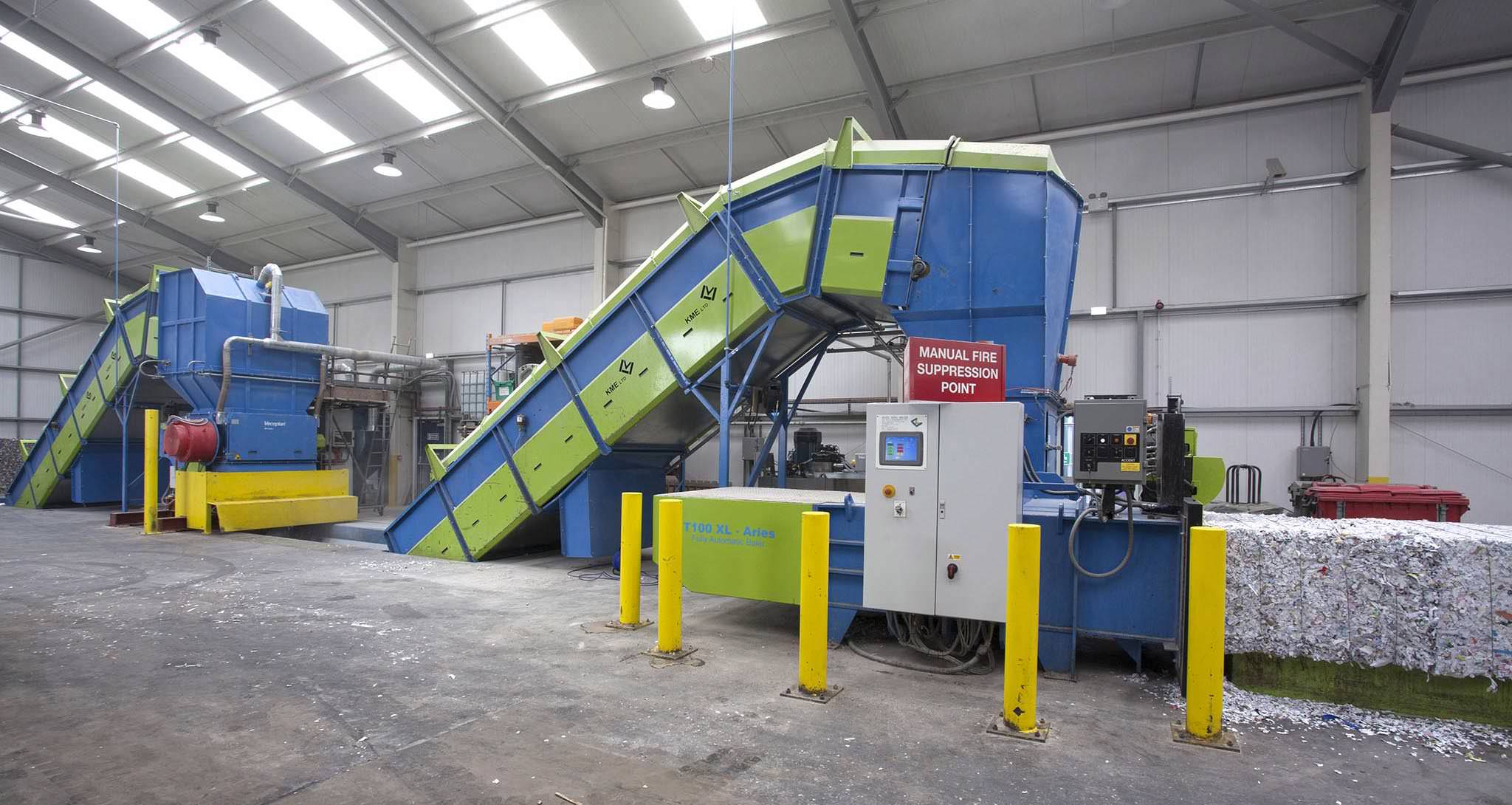 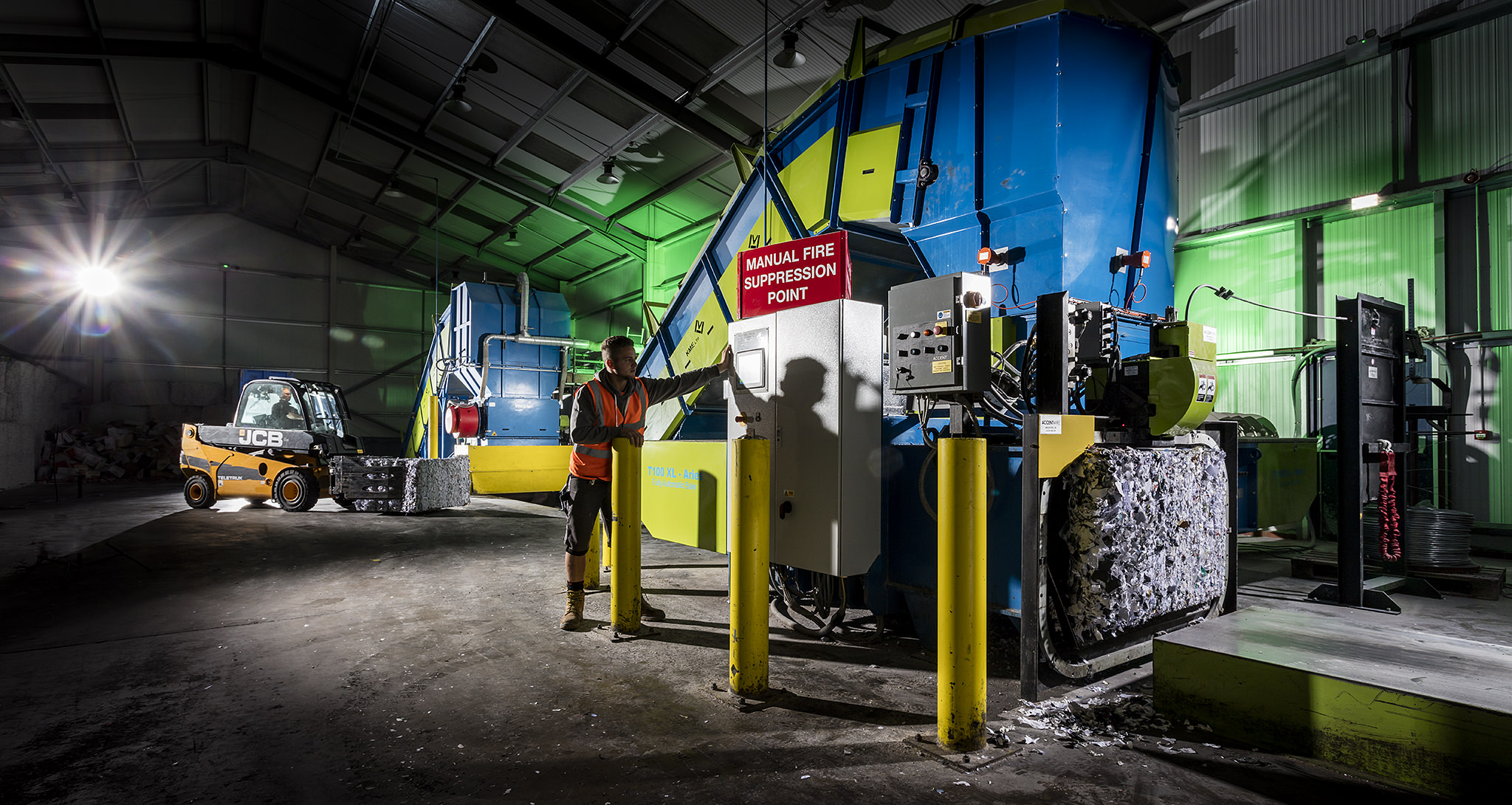