Following the advice from the Government on the 23rd of March, we feel it necessary to shut down the office to protect both customers and staff.
We thank you for your patience and understanding during this difficult period.
Contact [email protected] or [email protected] if you have any queries.

Please note - We can still take on some studio photography and possible location work depending upon circumstances. Please email [email protected] with enquiries.

We received an email from a Sarah at Bier & Co, a drinks wholesaler in the Netherlands, earlier this week regarding a photograph of an unknown brewery. It was discovered in an old filing cabinet, but had been there for so long nobody knew what it was or indeed why it was there. The only clue as to its real identity came from the GGS photography reference number inscribed on the bottom. 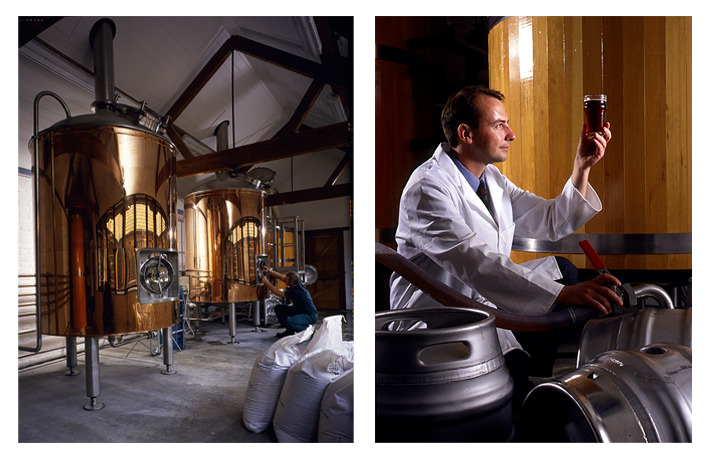 It didn’t take us very long to identify Sarah’s image. Once we had looked up the reference number we were able to tell her that the mysterious brewery was in fact, St Peter’s Brewery in Elmham, Bungay. We took the image way back in 1996, (that’s eighteen years ago!) as a 5×4 transparency, which would have been scanned and then printed.

Sarah was glad to discover where the photograph was captured and told us that Bier & Co are distributors of St Peter’s in the Netherlands. She believed the photograph must have been given to Bier & Co by St Peter’s. And, by the by, Sarah also added that it was a splendid image – which is always good news.

If our images, shot on transparency in 1996, can still impress companies today just imagine the possibilities in another twenty years time. We’ll be taking pictures with our eyes and searching our inter-cranial databases for the ‘when’ and the ‘where’. Companies won’t be finding printed photographs, it’ll be 3D projections beamed from talking televisions and they’ll wonder who captured those images. It was GGS – we did it! – with our sixth-dimensional, eye-blinking, robot-of-the-future, professional, commercial photography… Well, you never know?