The office is now up and running 5 days a week. We're not quite back to normal yet;
we're staggering staff shifts, wearing PPE and we've got hand sanistising stations and other safety procedures in place too.
But we are now printing, designing, photographing and doing all we can to help market your business.
If you'd like to get in touch with us, you can call us on 01603 622500 or email [email protected]

Rather than just going for a standard Christmas meal, the powers that be (Me, Pete and Dunc… well… mainly Dunc in this case) decided that it would be a good idea to start the evening off with a bit of tubing at the Norfolk Snowsports Club on Whitlingham Lane.

‘What on earth is tubing?’, I hear you ask – as did most of the staff. Basically it’s nothing more than travelling at speed from the top of the ski slope to the bottom, but instead of having to stand up on a couple of planks (too energetic) you get to sit down in an oversized inner-tube, sometimes alone, sometimes in a raft of up to 20 people, and ride down in comfort. A bit like sledging, then… 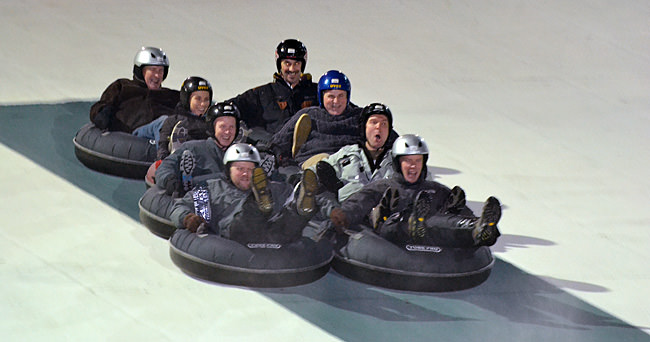 Anyway, it was all great fun and despite the trepidation (and fear of breaking something experienced by several people) there were no injuries and we were all able to continue on to the King’s Arms on Hall Road for lashings of Ginger Beer and a nice meal in the pub courtesy of the Chinese Restaurant next door. 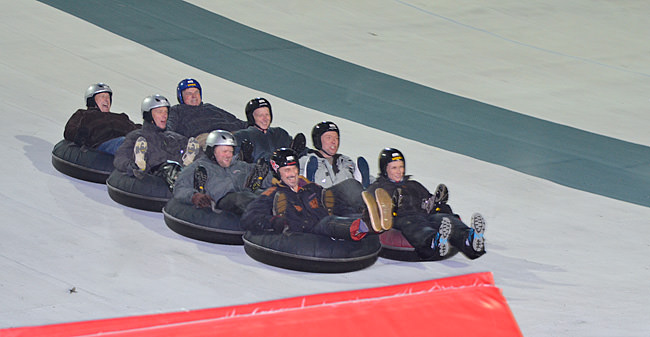 Obviously, as professional photographers, no-one thought to take a camera* (!) but thankfully there was a very nice chap called John Rogers taking pictures of his party who shared the slopes with us and he mailed these pics over. Thanks John!